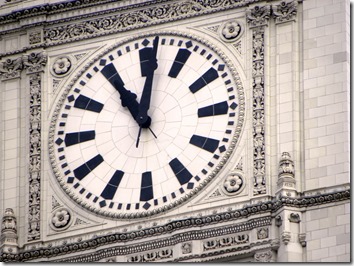 Despite coming up on my 40th birthday, I still procrastinate often. It's not quite as bad as it was when I was 20 (where I would have qualified for the Olympic procrastination team if I'd gotten around to filling out the application), but it's still a problem, despite my coming up with better coping mechanisms.

When I mention this to people, I often get a surprised reaction, usually with some comment about how, based on what they see on my social media feeds or elsewhere, I got a lot done over the weekend. That's when I share a little secret: a solid chunk of what appears on the outside to be productivity is actually fueled by procrastination.

A long time ago, someone told me that giving in to procrastination only really counted if you wasted time as the substitute activity. He said that as long as I did something productive instead of the activity, not to stress out about procrastination. He suggested applying that rule first to tasks outside of work first, to avoid any really serious consequences, but that I might be surprised to eventually see it work there too.

So, I gave it a shot. I'm not much of a TODO list kind of person outside of work. I can keep a list of crap I should be doing in my head that's much longer than the time available. When items in that mental list came to the top and I found my inner 5-year-old throwing an "I don't wanna" tantrum, I chose not to do that thing at the top of the list.

But, the advice required doing something productive. That meant not sitting and watching TV or mindlessly browsing the internet. For a while, I also excluded sitting and reading a book, but now I split books and reading books to enhance the business, etc. gets counted as productive (though reading articles online doesn't because it so easily becomes mental potato chips).

Anyway, this rule gives me permission to skip the task I'm dreading, but puts me onto some other task instead. It doesn't remove it from my mental TODO list and it shouldn't remove it from your paper list if you keep one. But, I just move on to something else.

What I found was that I often engaged far more completely in the substitute task than I expected I would. It's probably because this system sets your brain up to treat this substitute task as a reward. But, there were days where I ended up unbelievably productive in an effort to avoid a particular staring at me from the top of the list.

That's where the apparent productivity comes from. When I post an accomplishment to social media, I edit the info, leaving out that I accomplished Task B and Task C while avoiding Task A. But, if you knew nothing of Task A, you might think that B and C were my plan all along. Thus, I appear very productive, despite procrastinating.

What gets really weird is how this plays out over the days and weeks instead of the hours and minutes. This procrastination-fueled productivity often leads to large chunks of my mental TODO list being chewed through quickly. Then, the next day, I find myself not wanting to do Task E or F. In that light, Task A, that I avoided yesterday, suddenly looks much more appealing than it did before.

Sure, there are still tasks that are urgent enough that I can't wait for this system to work out. For those things, a bit of old-school discipline is called for. But, for everything else, it's amazing how often my greatest spurts of productivity are fueled entirely by avoiding the task I should be working on. It's amazing fuel. And, every once in a while, I realize that the task I don't want to do isn't so bad, because I can't come up with something productive I'd rather do. That's when I realize I'm just being lazy.

P.S. If you're guessing this whole blog post is a product of this strategy, you'd be right.